The Kecak Dance: An Balinese Dance You Should Know

The Kecak Dance is one of the most famous Balinese dances, and it is also one of the most recognizable. It has been featured in a number of documentaries, travel shows, and movies about Bali. The Kecak dance is often listed as one of the best things to do in Bali, and that’s because it’s that awesome.

If you’re planning a trip to Bali, or thinking about going there soon, you might want to check out some more information on this amazing dance. In this article, we will go over everything you need to know about the Kecak Dance.

What is Kecak Dance?

During the show, it is not accompanied by Gamelan instruments, but only by dancer’s voice chants instead. They chant “cak” during the shows. 50 people, at least, are involved in a Kecak dance, excluding the leading dancers. Besides abstaining from using musical instruments to attend the dance, the number of participants is also large. Furthermore, the dance participants are mostly men. In 2006 there was the first Kecak Dance performed by women in Pura Batukaru. It was an-usual experience to hear a group of women dancers chant together in beautiful costumes and men walking on scorching-hot burning coconut husks. The participants then sit cross-legged to form a big circle. 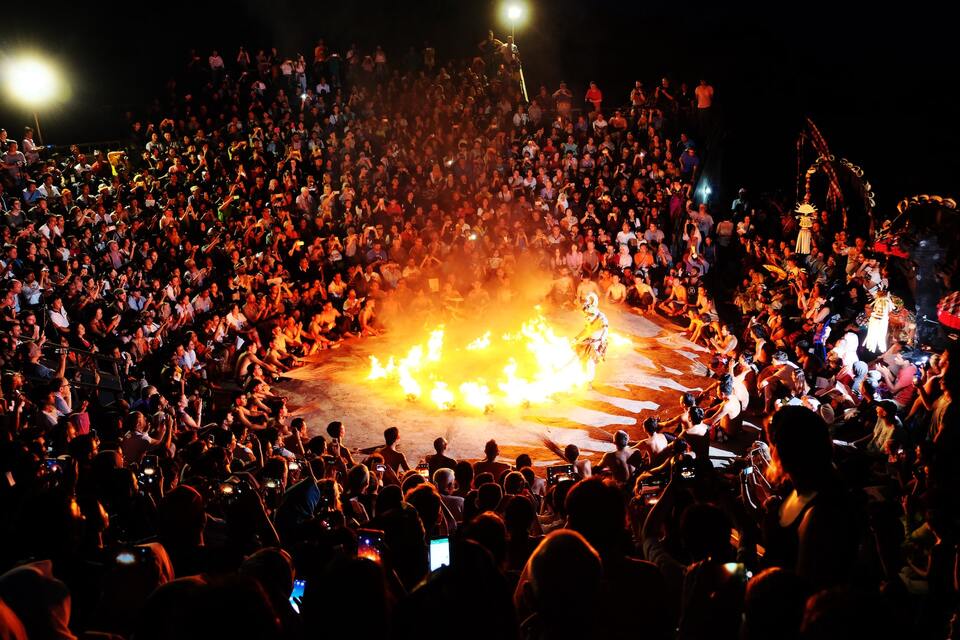 History and Meaning of The Kecak Dance

The Dance is said to have originated from the Bali ancient ritual Sanghyang, which was used to drive away evil spirits or to exorcise them. The dance was created in 1930 by Balinese dancer Wayan Limbak and German artist Walter Spies after they collaborated on a dramatic version of Sanghyang incorporating the Ramayana epic story. It has been widely popular ever since then.

A group of dancers plays as Ramayana characters Rama, Shinta (Sita), Lakshmana, Rahwana (Ravana), Hanoman (Hanuman), Sugriwa (Sugriva), and other characters to tell the shorter version of the Ramayana Saga. Prince Rama, Shinta, and Lakshmana wander into the woods. There, Rahwana captures Shinta and keeps her in his palace. Rama asks for assistance, and Lakhsmana is sent to find his friend Sugriwa, the monkey king. Hanuman, the white monkey, is sent to check on Shinta by comrade Sugriwa.

A dramatic scene is portrayed when Hanoman is captured by Rahwana’s troops, then they put him inside a circle to burn Hanuman alive. Furthermore, instead of burning into crisp, the white monkey warrior remains intact and unharmed. Thus, Hanuman breaks out only to burn Rahwana’s place instead. 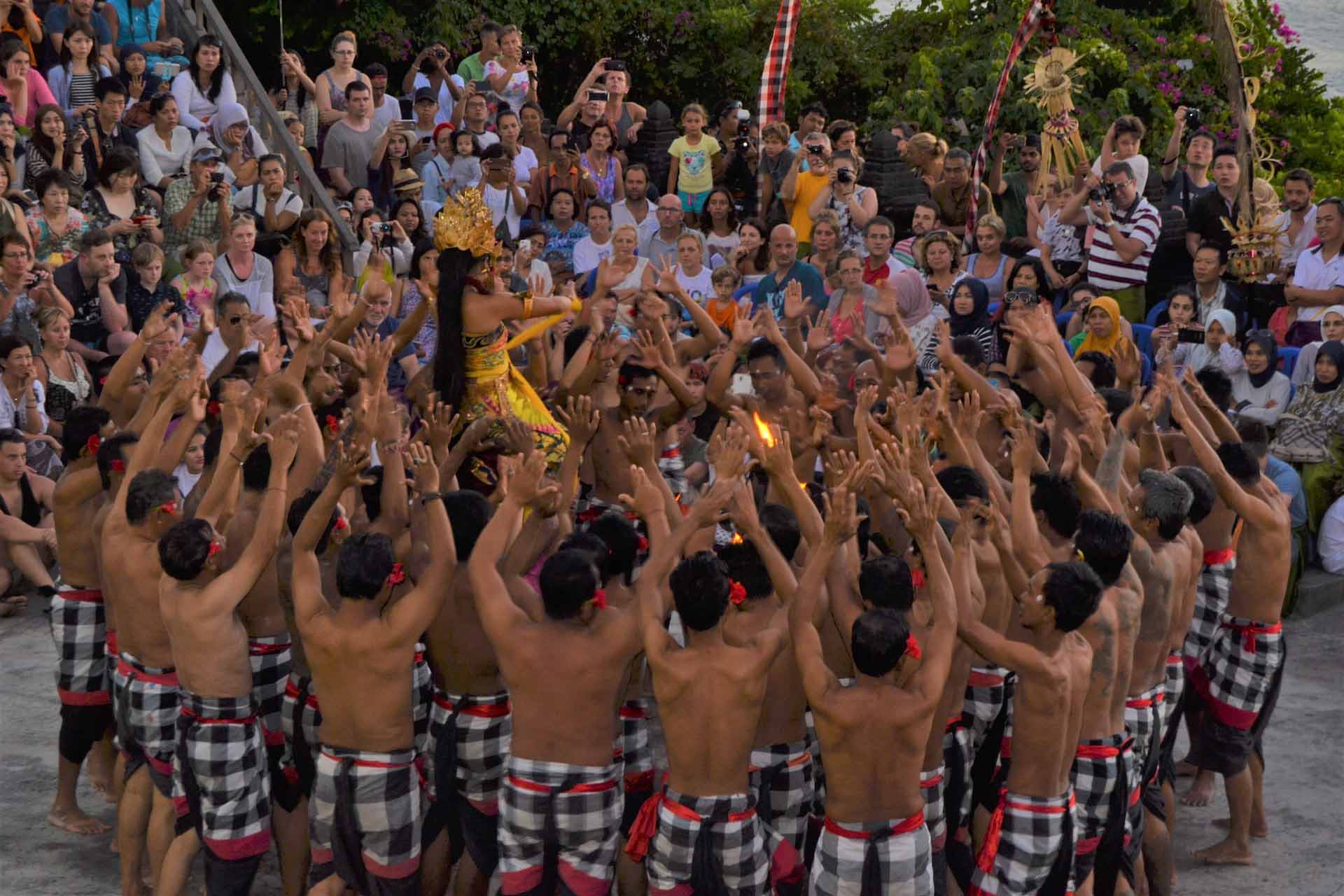 Where to See Kecak Dance in Bali

The best place to see the Kecak Dance is in Uluwatu Temple, Bali. Uluwatu temple is one of the most popular tourist sites in Bali. The Uluwatu temple is located about 21 kilometres from Ngurah Rai airport in Bali and takes about 50 minutes to drive. Please check the link below to see the location of the temple. Why does Uluwatu Temple make the best Kecak Dance performance?  Because it is performed daily with the dramatic sunset. 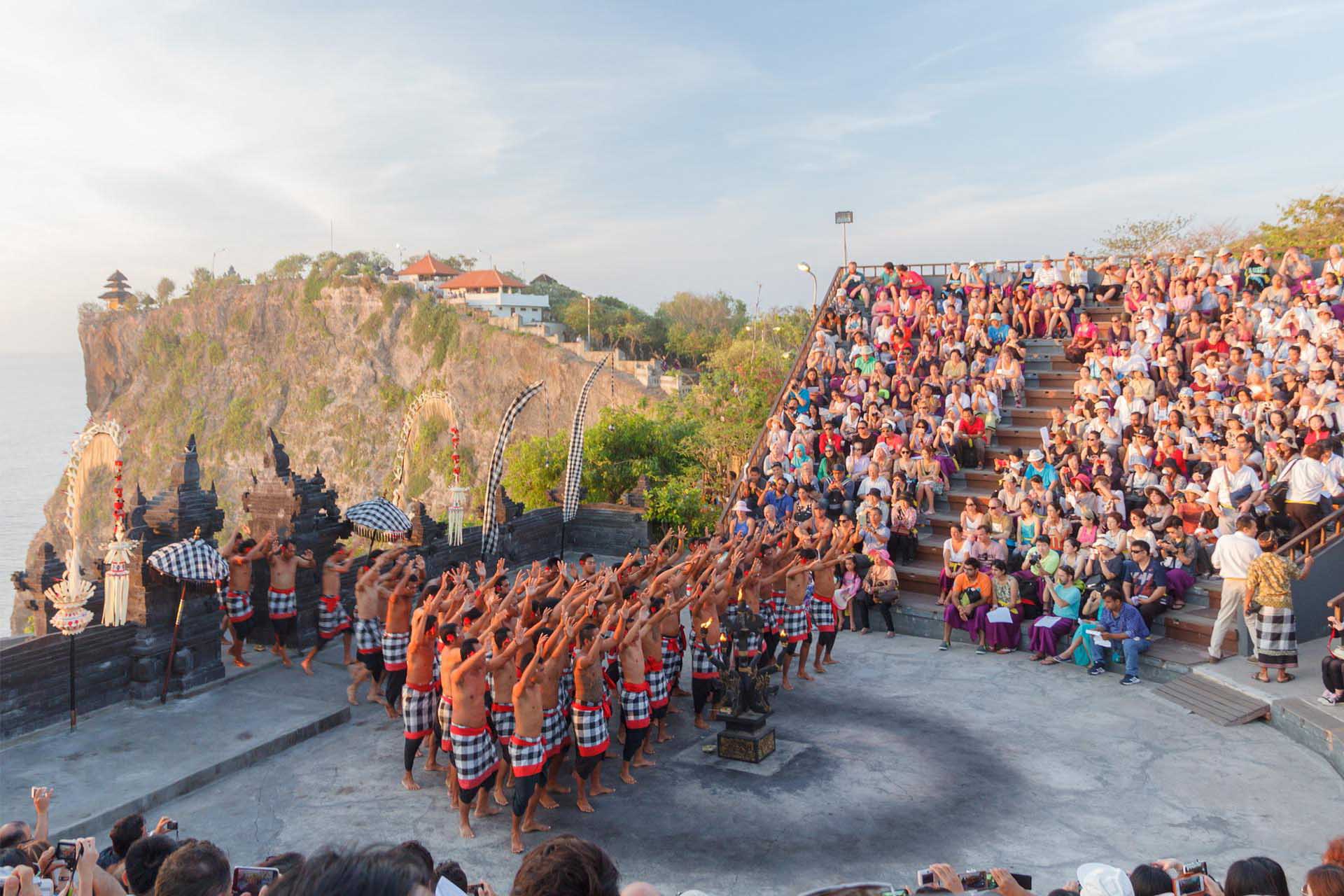 The Kecak Dance is a unique and beautiful dance that has been a part of Balinese culture. It tells the story of Ramayana Epic, and it’s performed by a chorus of 50 people who chant the story. The dance has been featured in documentaries, travel shows, and movies about Bali, and it’s one of the most recognizable Balinese dances in the world. If you ever get the chance to see the Kecak Dance in person, don’t pass it up. It’s an experience you won’t soon forget.